The application of all these large families of solid catalysts in liquid-phase synthetic chemistry has attracted a lot of interest. They also form the basis of some new industrial processes which have been developed to replace traditional problematic synthetic methods.

As a consequence of the extensive application of heterogeneous catalysis in synthetic organic chemistry, a large number of articles describing the advantages of performing protection-deprotection reactions over solid catalysts have been published. However, these studies examined only marginally some crucial aspects of the heterogeneous catalysis, such as the quantitative and correct evaluation of catalyst efficiency in terms of the turnover number TON and turnover frequency TOF values; it is more frequently evaluated through the product yield as a function of each cycle.

Similarly, direct and quantitative determination of the amount of recovered catalyst and leaching phenomena were scarcely taken into consideration.

On the other hand, these articles were focused on synthetic organic chemistry, and their major goal was to point out the advantages of performing protection-deprotection reactions over heterogeneous catalysis, quantified as yield, easy workup, and, in particular, selectivity when multifunctional compounds are utilized. Due to the great interest in protecting group chemistry, many books and reviews have been published on this topic.

Moreover, updated reviews are published yearly by Kocieriski and Spivey, describing selected important applications. Several reviews have also touched on more specialized fields, such as enzymatic protecting group techniques and protecting groups in solid-phase organic synthesis. However, until now, a full collection of the applications of heterogeneous catalysis to protecting group chemistry, highlighting the advantages related to the easier workup of the reaction mixture and purification of products as well as the high level of selectivity frequently achieved, has not been published.


In this review we describe the application of heterogeneous catalysis in protecting group chemistry, focusing mainly on that developed during the past decade. Significant examples for every class of compounds are collected in Tables , accompanied by the reference, the number of examples reported in the paper, the yield range, and information on the catalyst reusability. No prerequisite. The course gives a complete overview of catalysis, in particular heterogeneous catalysis.

The different categories of catalysts and catalytic processes are surveyed and situated in the context of industrial processes related to petrochemistry, fine chemistry, environmental protection air and water depollution and biomass conversion.

Then, are addressed the principles dictating the efficiency of catalysts; are described, first the elementary steps of the catalytic cycle, then the kinetic laws related to the different main catalytic mechanisms. At the end, the main methods for the preparation of heterogeneous catalysts are addressed, distinguishing between bulk catalysts and supported ones, and mentioning the problematic of their scaling-up. 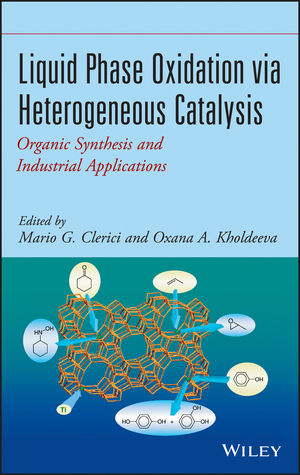 The preparation, the chemical and thermal stability, and the structural aspects of this emerging class of inorganic and inorgano-organic materials will be reviewed with the aim to clarify their potential in heterogeneous liquid phase catalysis. The possibility of modifying their surface area and porosity and the nature of active catalytic centres by means of ion exchange, intercalation and exfoliation reactions will be also presented.

Furthermore, this review will discuss the numerous efforts dedicated to the development of new synthetic methods using acidic or basic Zr IV phosphates and phosphonates as valuable alternative solid catalysts compared to other classes of heterogeneous catalysts. The reported methods clearly demonstrated the importance of this type of catalysis, especially for the following features: easy handling, mild reaction conditions, solvent free conditions in many cases , simple work-up and the recyclable nature of the catalysts.